Guessed to have been around since the times of Domesday (and possibly even earlier), the parish of Betteshanger began as a small one. Situated in the Dover district in Kent, very near Deal, it expanded with the birth of mining in Kent – the Kent Coalfield.

In 1890, coal was discovered in Kent. Betteshanger Colliery (which was started by Dorman Long and Co. and opened by them in the late 1920s) grew to be the largest in Kent with two shafts nearly 2,300 feet. When its first shaft was sunk in 1927, miners and their families arrived in Deal, the seaside town closest to the new colliery.

Five years after the Miners Strike of 1984, Betteshanger Colliery was closed, having been the last working mine in Kent.

In their free time, the miners’ pastimes included sports such as football, bowling and whippet racing (carried out on ‘Circular Road’ or ‘the Circle’ – actually oval in shape – one of the three streets where the miners lived). Also popular was ‘brass banding’ . . .

A recruitment poster was put up at the colliery, asking for players in a bid to start a brass band in this area; the founder was miner George Gibb . . .

George Gibb (Jr.) was born circa 1900, into a very musical family. He was from Bowhill, Fife, where he acted as Deputy Bandmaster for the Scottish C.W.S band (which he conducted at the Crystal Palace).

To begin with the band had no rehearsal room, so they practised in a tin hut until the local miner’s welfare club was built in 1939. Every year the three bands of the area (Betteshanger, Chislet and Snowdown) competed in the local Kent brass band competition. Betteshanger won the competition in the first 3 years, 1933, 1934 and 1935, and the cup is still in the hands of the band.

In these early days the conductor of the band was an ex-Marine called P.E. Barnacle . .

Percy Barnacle was born in the district of Camberwell, London. He attended the late Royal Naval School of Music and on 11 Dec 1907, he enlisted in the Royal Marines, of whose band he became Bandmaster. In 1933 he took over as Bandmaster of the Betteshanger Band, and conducted them in many contests over the next few years. 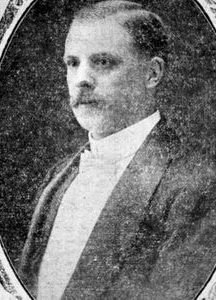 . . . When the war started the band just managed to keep going, starting to play concerts on Sunday afternoons along the south coast in 1945. In the 50’s they were lucky to get the services of W.B. Hargreaves as MD. He conducted the band in 1958, when the band went to Czechoslovakia (now known as the Czech Republic). The band were based in Prague and toured around the area playing to different audiences (when the band performed at one local colliery, the pit manager had to ask them to stop as his men were refusing to start work, wanting instead to listen to the concert) . . .

Born in Glasgow, Walter (Barrow) Hargreaves played cornet at four years old. He attended the Royal Scottish of music, and later became a professional trumpet player. In 1944 he was made MD of the City of Edinburgh Band; then, four years later, of Cory’s Band in Wales.

After guiding Cory’s towards success, Hargreaves moved to Kent and became a professor of cornet and trumpet at the Royal Marines School in Deal (where he was known as the ‘Wee Professor’). Still on the staff there he also conducted many bands – including Brighouse and Rastrick, Crookhall, Kibworth, Cory’s, Parc and Dare and more – being a well sought-after contest MD. He transcribed music and worked as an adjudicator besides.

. . . Betteshanger Colliery went on strike in the 1960’s, and the local press wanted to have a picture of the band. They asked if they could come on the following morning to take the bands photograph; however, the band were leaving very early the next morning. It was decided that the newspaper would arrive at 5:30 am and the band would march up and down the street pretending to play, which as can be imagined was a funny sight . . .

Eric Faulkner played trombone in the Betteshanger Band, but stood as MD for band concerts while Walter B.Hargreaves conducted contests.

Born in Yorkshire, he grew to be a well-known trombonist in the Rothwell Temperance Band. In 1946 he won the Alexander Owen Memorial Fund Scholarship, joining the Central Band of the Royal Air Force two years later. 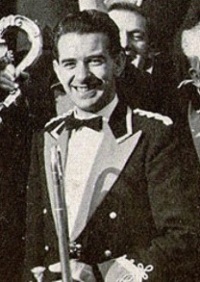 He became Principle Trombone of the Fairey Aviation Band, helping the band towards success as a player, and also as its MD later on – he was appointed as conductor in 1969, retiring from the position in 1976 to move to the South East and become a highly respected adjudicator, as well as a freelance conductor.

His final contesting appearance was conducting the Betteshanger Colliery Welfare Band in 2002. Living in Folkestone with his wife Barbara in his later years, he died aged 86.

We currently have vacancies for:

If you are interested in filling an empty chair, get in touch with us here.

E m a i l : betteshanger@gmail.com